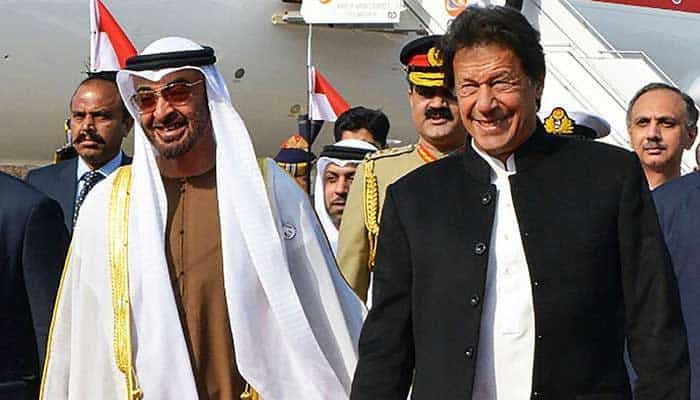 Prime Minister Imran Khan received the dignitary at the Nur Khan Airbase and drove him to the PM House.

During the visit, the crown prince will have a one-on-one meeting with the prime minister followed by a luncheon.

The crown prince is also expected to hold meetings with other senior government officials during his visit.

The visit by Prince Al Nahyan illustrates the strength of the Pakistan-United Arab Emirates relationship. The UAE is Pakistan’s largest trading partner in the Middle East and a major source of investments.

UAE provides 2,840 tonnes of food aid to residents of Hadramaut