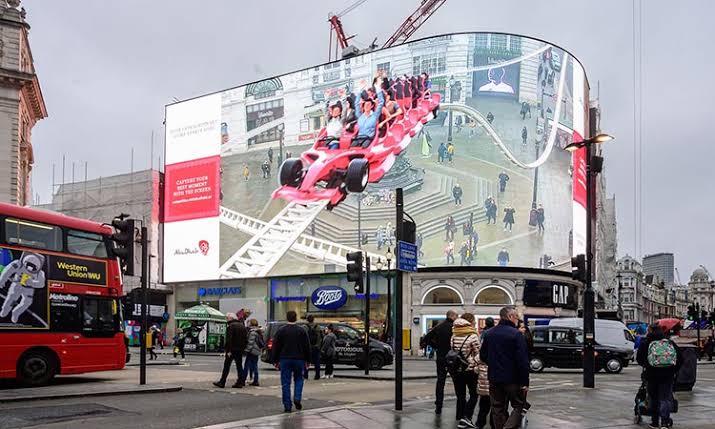 Abu Dhabi used the world’s ‘largest amplified reality screen to indorse the UAE capital as a world-leading holiday destination. The Department of Culture and Tourism – Abu Dhabi (DCT – Abu Dhabi) bagged a Guinness World Record after its marketing campaign operated the famous 40-foot digital billboard known as Piccadilly Lights in the heart of London and changed it into a cooperative AR experience.

World-record-breaking AR experience took over Piccadilly Lights for two weeks, showcasing the UAE capital’s most well-known landmarks in a ground-breaking way. When conceptualising the campaign, we knew we wanted to do more than just bring Abu Dhabi’s famous sights to life at one of London’s most iconic landmarks.”

Apart from breaking a world record, the screen was intended to allow passers-by to play a starring role in the experience. Al Shaiba said, “By standing near the fountain in the square, people are captured by the hi-tech, on-site audience camera, transporting them to some of Abu Dhabi’s most famous attractions – think family-friendly indoor theme park Ferrari World Abu Dhabi, wildlife haven Sir Bani Yas Island, and the stunning Sheikh Zayed Grand Mosque – on the screen.

Each one of the capital’s landmarks has been brought brightly to life in London using advanced 3D AR overlays.”