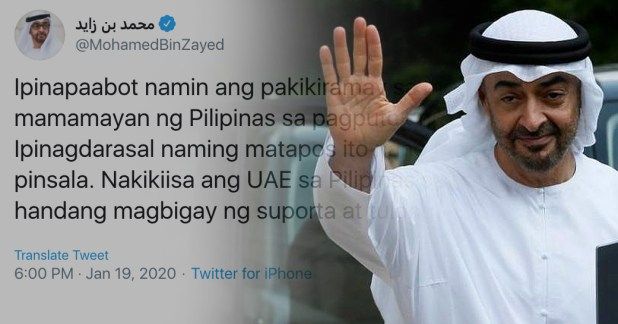 Crown Prince tweets for people of the Philippines

The Crown Prince of Abu Dhabi has tweeted in Tagalog to express his support for the people of the Philippines.

He reassured the Philippines that the UAE is ready to provide the necessary support and assistance to those affected.

Over 70,000 people have evacuated their homes since the volcano began spewing clouds of ash, steam and gas.

Dubai among the most dynamic cities in the world