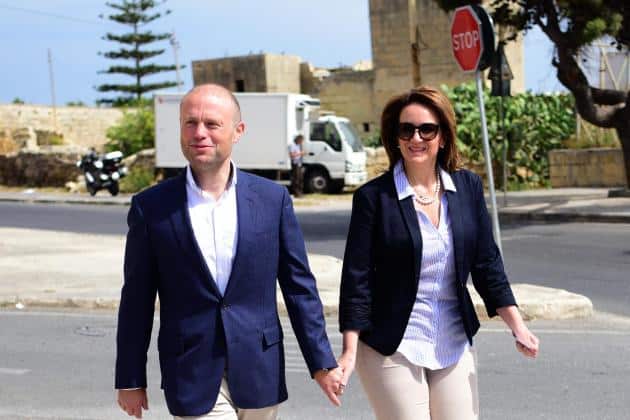 Prime Minister Joseph Muscat, his wife Michelle and their children have left for Dubai for a holiday.

Reports read that a spokesman for the PM’s Office refused to say how long the family will be gone for.

The Muscats were seen in the VIP lounge at the Malta International Airport, and now a photo has emerged of Michelle Muscat on the plane itself.

Deputy Prime Minister Chris Fearne is acting prime minister for the next three days, which means Muscat will resume his duties on the 30 December.

The Prime Minister has already visited the Vatican City and Bethlehem in the past weeks as damaging revelations continue to emerge on the closeness between Daphne Caruana Galizia murder suspect Yorgen Fenech, the prime minister’s former chief of staff Keith Schembri and Muscat.