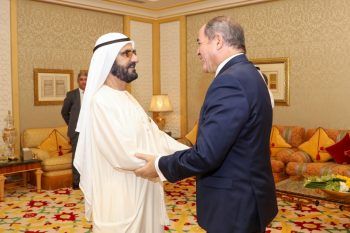 His highness Sheikh Mohammed welcomed the visiting guest, and reviewed the bilateral relations between the UAE and Algeria, during the meeting also crown prince of Dubai Hamdan bin Mohammed bin Rashid Al Maktoum.

Boukadoum conveyed the greetings of Algerian President Abdelmajed Teboun and his best wishes to the UAE leadership and its people.