Her work and Position Within UAE government: 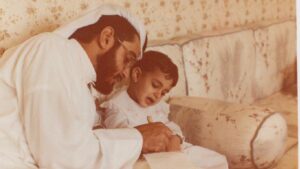 The UAE’s values and traditions are as important today as they were in the past, and they are “imperative” to the country’s future, the traditions passed down through Bedouin culture, as taught by previous generations, provide a sound framework for developing communities that have an impact.

Her Highness speech at World Summit stated: “I encourage our youth to participate in these important cultural and traditional events, especially our national celebrations, and to share in these celebrations with their families and neighbors.”