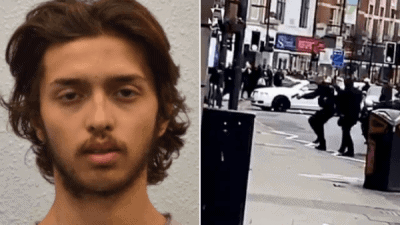 Terror incident in Streatham, London on Sunday around 2 pm, according to the latest update one person is in a life-threatening condition in hospital while two others were injured during a stabbing attack in Streatham, south London, while armed officers have shot a man dead.

Police confirmed aftermath a man wearing a hoax device has been shot dead by armed police in London while three people have been injured in a terrorist-related incident.

News also confirmed that a number of people have been stabbed” as the incident unfolded at around 2 pm on Sunday.

However, the second victim is being treated in hospital but not life-threatening. While the update new about the third victim also is not a life-threatening condition, Met spokesman added.

Also further information early this morning can be found on this website https://www.bbc.co.uk/news/uk-england-london-51349664

On Sunday night the force issued a lengthy statement from deputy assistant commissioner Lucy D’Orsi, which you can read in full below, saying two people were stabbed in the incident.

The detail of the terrorist suspect was discovered belted to the body of the suspect and specialist officers attended.

After the quick investigation was established that he carry hoax device, and disarmed straight after.

To added said my condolence to the family and victims and their loved-ones at this time.

The situation controlled by Police Met quickly after and further investigation into the incident will be carried. This was a terrorist attack and quickly declared.

This is not the first time, the prisoner released based on condition, however, this is the second time with few months of a same terrorist attack. The current terrorist man has only been released from prison in January.

Kenya to Set Up Trading Centre in Dubai

A global celebration of UAE team’s victory in Tour…