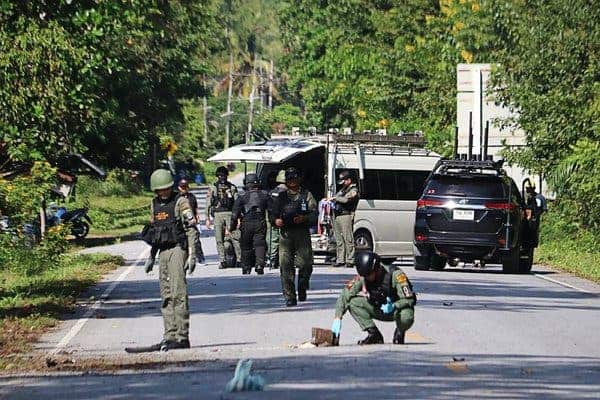 A tragic incident earlier in Thailand were soldier has killed 21 people and injured dozens more in a gun rampage in the Thai city of Nakhon Ratchasima, which brought the world to condemn this attack on civilians which also terrfied the whole nation, and UAE strongly condemns any kind of attack on civilian.

The attack was unpredictable as one of military Jakraphanth Thomma on Saturday killed his commanding officer before stealing weapons from a military camp.

The attached not ended here but also continued his attack in a shopping centre, where he is still believed to be holed up, initially posting updates on his social media.

The alarming and caution was already built up, at Terminal 21 shopping centre in Nakhon Ratchasima, also known as Korat, remains sealed off on Sunday.

However, the rampage still continues as at 03:00 local time (20:00 GMT Saturday) gunfire was heard as the security forces raided the building, trying to dislodge the gunman.

A lot of people were stuck in the building and trapped, and few people were made the way out of the centre metrically, but it is not known how many more people are still trapped inside. It is good to mention that suspect motive until now is unclear why he did it, the later Jakraphanth Thomma is said to be holed up in the shopping centre

There are other roamers that the suspect had hostages, but officials not confirmed yet.

Authority also tied to bring suspect family for help and stop further atrocity, his mother was also brought to the shopping centre to try to persuade him to give himself up.