Things you didn’t know about seven emirates of the UAE

The UAE is composed of 7 emirates: Abu Dhabi, Ajman,Dubai, Fujairah, Ras Al Khaimah, Sharjah, and Umm Al Quwain. Islam is the official religion in the country, while Arabic is the official language. Notably, English is also widely used across the emirates.

With most of the emirates exporting oil products, the economy of the UAE has developed tremendously over the last decade, and it is now the second largest economy in Arab world after Saudi Arabia.

By the year 2050, this country aims at producing 44% clean energy, 38% gas, 12% coal, and 6% nuclear energy. An economy is pegged on the production of energy, with stable and clean energy by 2050. The UAE will be one of the most stable economies in the world.

This country is a major exporter of oil in the Middle East. This exportation has led to a much-diversified economy making most of the seven emirates such as Dubai to transform into global hubs for retail, finance, and tourism. A Federal Supreme Council governs the UAE.

Annually, each emirate allocates a certain percentage of their revenue to the central budget of the UAE. The seven emirates have developed differently over the last decade as described below. 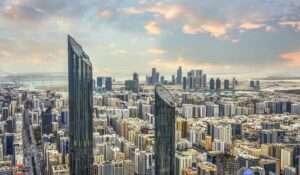 Abu Dhabi is the capital of the UAE. It is also the largest in terms of land area and the second most populated emirate. Here you will find the seat of the President of the country. Due to its vast oil resources, Abu Dhabi is the wealthiest emirate in the UAE. In fact, it is one of the richest cities in the world! A trip to Abu Dhabi would not be complete without seeing the Sheikh Zayed Grand Mosque, Khalifa Park, and Yas Island. 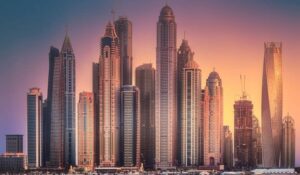 Dubai may be the second-largest emirate in the country, but it holds the biggest population, majority of which are expats from around the world. Dubai has a thriving business and tourism industry, having a skyline dotted by majestic buildings and towers. Here, you will find the Burj Al Arab (a 7-star hotel), the Burj Khalifa(the tallest skyscraper in the world), and the luxurious Palm Trilogy islands, among many other attractions. 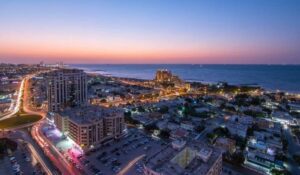 In terms of land area, Ajman is the smallest emirate in the UAE. However, it is the fifth-largest in terms of population, majority of which are expatriates. Initially, fishing was the main industry, but recently there have been rapid developments in business and tourism. When you visit Ajman, don’t forget to visit the Ajman National Museum, the Sheikh Zayed Ajman Mosque, and Emirates City. 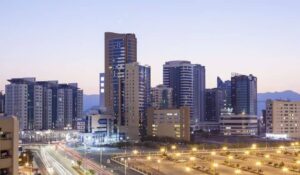 With an area of 1,450 square kilometres, Fujairahis the fifth-largest emirate in the UAE. It is a mountainous, desert-filled region that also holds the distinction of being the only emirate located along the Gulf of Oman. The places to see in Fujairah include the Al Bidya Mosque, Al Hayl Castle, and Fujairah Heritage Village. 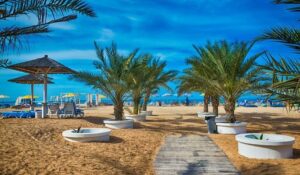 Ras Al Khaimahis the fourth-largest emirate in the country, spanning an area of 1700 square kilometers. Notably, about 50 percent of its population are nationals, or Emiratis. Lately, the emirate has also been expanding its business and tourism industries. Among its noteworthy attractions are the Dhayah Fort, Ras Al Khaimah National Museum, and Iceland Water Park. 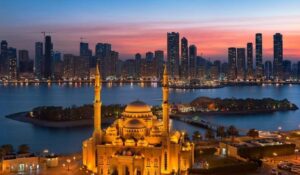 Interestingly, Sharjah is the only emirate in the UAE that has land on both the Arabian Gulf and the Gulf of Oman. The third-largest in terms of land area, it is also known as the “Cultural Capital of the UAE,” due to its rich heritage in culture and arts. When you come here, be sure to check out the Al Hisn Fort and Arabian Wildlife Centre  What’s more, don’t forget to ride on the Eye of the Emirates, a gigantic Ferris wheel! 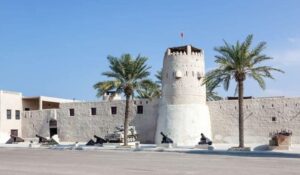 You will find Umm Al Quwain between the emirates of Ras Al Khaimah and Ajman. It has the smallest population in the UAE, with agriculture, fishing, and pearl diving as the main industries. Here, you can explore the Al Dour Port, enjoy the attractions at Dream Land Aqua Park, and see the beautiful Umm Al Quwain Islands.

As you can see, the 7 emirates of the UAE each has its own attributes, legacy, and tourist attractions.

Make the most out of your stay in the country by visiting each one.