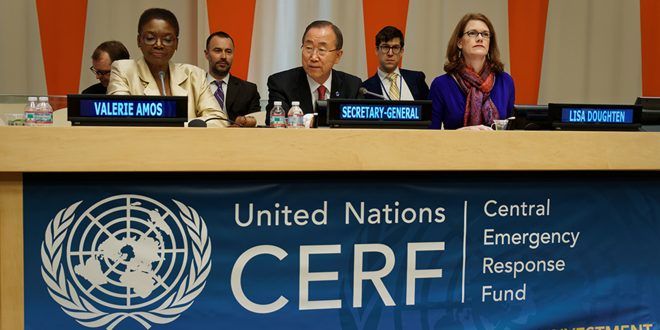 The UAE has announced a contribution of $5 million to the UN Central Emergency Response Fund, CERF, during its annual high-level annual pledging event.

Saud AlShamsi, Deputy Permanent Representative of the UAE to the UN, reaffirmed the UAE’s commitment to CERF and welcomed its leadership on anticipatory finance, releasing funds in advance of credibly predicted, near-term disasters.

“The UAE has increased its contributions in recent years because CERF has an unprecedented track record in serving the principles of humanity, neutrality, impartiality and independence,” AlShamsi said. “CERF allows us as a donor to reach more countries than we ever could alone, and in a way that is rapid, effective, and accountable.”

Additionally, the Deputy Permanent Representative of the UAE to the UN underlined the importance of mainstreaming gender, age and disability to deliver better results and save more lives, as well as further development of accountability tools.

CERF was established in 2005 by the UN General Assembly as the UN global emergency response fund to enable urgent life-saving humanitarian action for people affected by crises anywhere in the world. Earlier in 2019, AlShamsi was appointed as a member of the CERF Advisory Group by UN Secretary-General Antonio Guterres for a three-year period.

The group plays an important role in providing policy guidance and advice to CERF so that it remains an effective and efficient global emergency response fund.