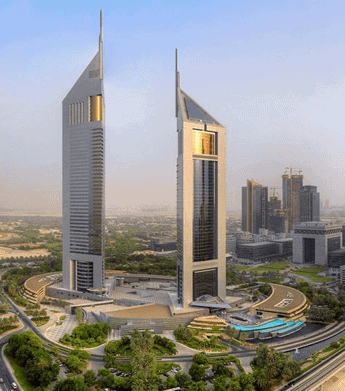 The United Arab Emirates takes the lead in the region, ranking 12th wealthiest country in the world in the year 2015 and second-largest in the Middle East after Saudi Arabia.  The country’s successful bid and its strong drive towards reforms have anchored many initiatives to enhance competitiveness. In addition, the UAE’s institutional framework, infrastructure, macroeconomic stability and ICT technology have all improved. The country has a highly efficient goods markets, strong macroeconomic environment, deep public trust in politicians and high government efficiency. Future growth will require investment in health, education, ICT and innovation.

The UAE is a member of the United Nations, OPEC, the World Trade Organisation and several other international organisations.

With the exception of Dubai, most of the UAE is dependent on oil revenues. Petroleum and natural gas continue to play a central role in the economy, especially in Abu Dhabi.  Abu Dhabi is the wealthiest emirate in the UAE. In fact, it is one of the richest cities in the world. UAE composed of seven Emirates and the biggest are Abu Dhabi and Dubai and also the main sources of wealth in Emirates.  Dubai may be the second-largest emirate in the country, but it holds the biggest population, the majority of which are ex-pats from around the world. Dubai has a thriving business and tourism industry, having a skyline dotted by majestic buildings and towers. Here, you will find the Burj Al Arab the Burj Khalifa (the tallest skyscraper in the world), and the luxurious Palm Trilogy islands, among many other attractions.

Prior to the discovery of oil in the mid-20th century, the UAE’s economy was based primarily on fishing and a pearl industry. When oil exports began in the 1960s, the country’s economy rapidly transformed and developed fast. Today, the UAE’s per capita gross domestic product is on par with those of leading Western European nations, the World Economic Forum has named the country the most competitive economy in the Arab world.