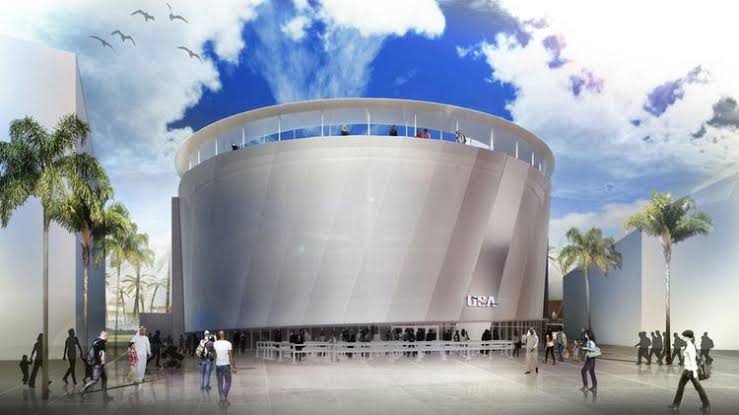 UAE’s first opera will be sweeping historic drama of survival

The first Emirati opera will tell the story of humanity’s survival while warning of its capacity to destroy its habitat in a lavish production to premiere at Expo 2020.

The two-hour show will feature 150 performers and musicians singing in English and
Arabic. Aidan Lang, general director of the Welsh National Opera, is working with Emirati composer Mohammed Fairouz and librettist Maha Gargash to deliver Al Wasl in October.

The opera’s title means ‘connection’ in Arabic and references the historic name for Dubai as a crossroads of trade.

Mr Lang was in the city this week to listen to the first reading by Mr Fairouz. They were joined by a select audience as the mammoth task begins to pull together a performance that stretches from the Iron Age to the 22nd century.

“It’s about one of the most pressing themes facing humanity – our survival, climate change with a very neat parallel of Saruq Al Hadid and why it disappeared,” said Mr Lang said.
Saruq Al Hadid is an archaeological site 60 kilometres south of Dubai.

It was an early desert settlement that thrived from the Bronze Age until the early Islamic period, and was only discovered in 2002.

What remains a mystery is how it traded as a hub for metals despite being more than 40km from the waters of the Gulf crucial for smelting and trading as well as its distance from the precious copper ore mountains of Oman and crucially, what happened to its inhabitants.

A global celebration of UAE team’s victory in Tour…